Or: Demis, Aces and PoCs in Fiction

(I know that's the Dead Man's Hand, but I just picked it because it sounded good.)

This was originally going to be reflecting on whether I have any black characters (or people of color in general) in my books to match the current national mood, and then I dumped it.

And then I started following the Asexual Visibility and Education Network on twitter, which made me wonder if I had any protagonists on the ace spectrum.

So I decided to revive the other to fill out the entry…and I realized I have a lot more than I thought.

The first question I had to tackle was, "Are Greeks considered white?" and the answer seems to be, "Dependent on who you ask and what region the person is from."

Despite literally being called "crystalline dreams" (Κρύσταλλινα Όνειρα), I don't think I ever considered Krystállina [Chris-tall-nuh] to look very much different in hair and complexion than someone like Nia Vardalos.

(Which reminds me: Nia had it better. Marrying John Corbett in a movie is always better than being murdered by an elder god for marrying his son, no matter how handsome that son!)

Krystállina also lived in the 13th century, so they probably didn't care about the finer points of "how fair do you have to be considered white?" like we do today. So maybe partially a person of color?

Krystállina was probably demisexual and demiromantic by circumstance. Despite being seventeen when she met Amihan, I don't think she'd given much thought to relationships. Amihan was her first boyfriend and lover, so she hadn't had a chance to meet anyone else. She might have had romantic/sexual thoughts about other men, but never acted on them because she was constantly busy helping her widowed father with his olive orchard.

The character I was thinking about when I started my people of color post was Aurelia, a veteran priestess who originally hailed from Egypt. Even though I didn't describe her (I don't usually waste time with descriptions anymore), I realized that there was a very good chance she was a person of color, as it's always possible that her ancestors came to Egypt from Nubia (modern Sudan). Heck, even the gentleman who did my commission got there before I did! (That's not Aurelia, though, as the woman's blue robe indicates she's a neophyte. But since the scene depicted didn't take place in either of the books, the woman can also be a character that doesn't actually exist. (Which means it doesn’t really matter.)

And then I realized that if depicted properly (i.e. not me, as I always visualize her), Julia is a person of color. Her father is Israeli and her mother was the product of a Roman-Israeli union, which means Julia herself should have a nice Middle Eastern coloring.

Despite being sworn as a priestess of Isis, Julia is demisexual. I already knew that the Temple of Isis All-Sovereign didn't require a vow of chastity, because Julia's predecessor resigned as high priestess so she could leave the temple and get married; and then I realized that wouldn't fly with any temple of Isis, as the Lady was married Herself.

Knowing that priestesses sometimes left to get married, I'm sure a lot of guys flirted with her over the years; and—if she's truly like me—she didn't really know how to respond. (How do you even know when you're flirting properly?!) Even if she'd found a gentleman she was interested in, she couldn't copulate with him until she'd officially resigned and left the temple.

Sadly, Julia's first experience with sex was the worst she could possibly have. She loved Lucius, though, and probably would've made love to him at some point had he not been killed. Instead, her first wholesome lovemaking experience didn't occur until she'd been married to her third husband for several years. She had no more children after Selene.

(The photo is a link if you’re interested in purchasing the ankh pictured.) 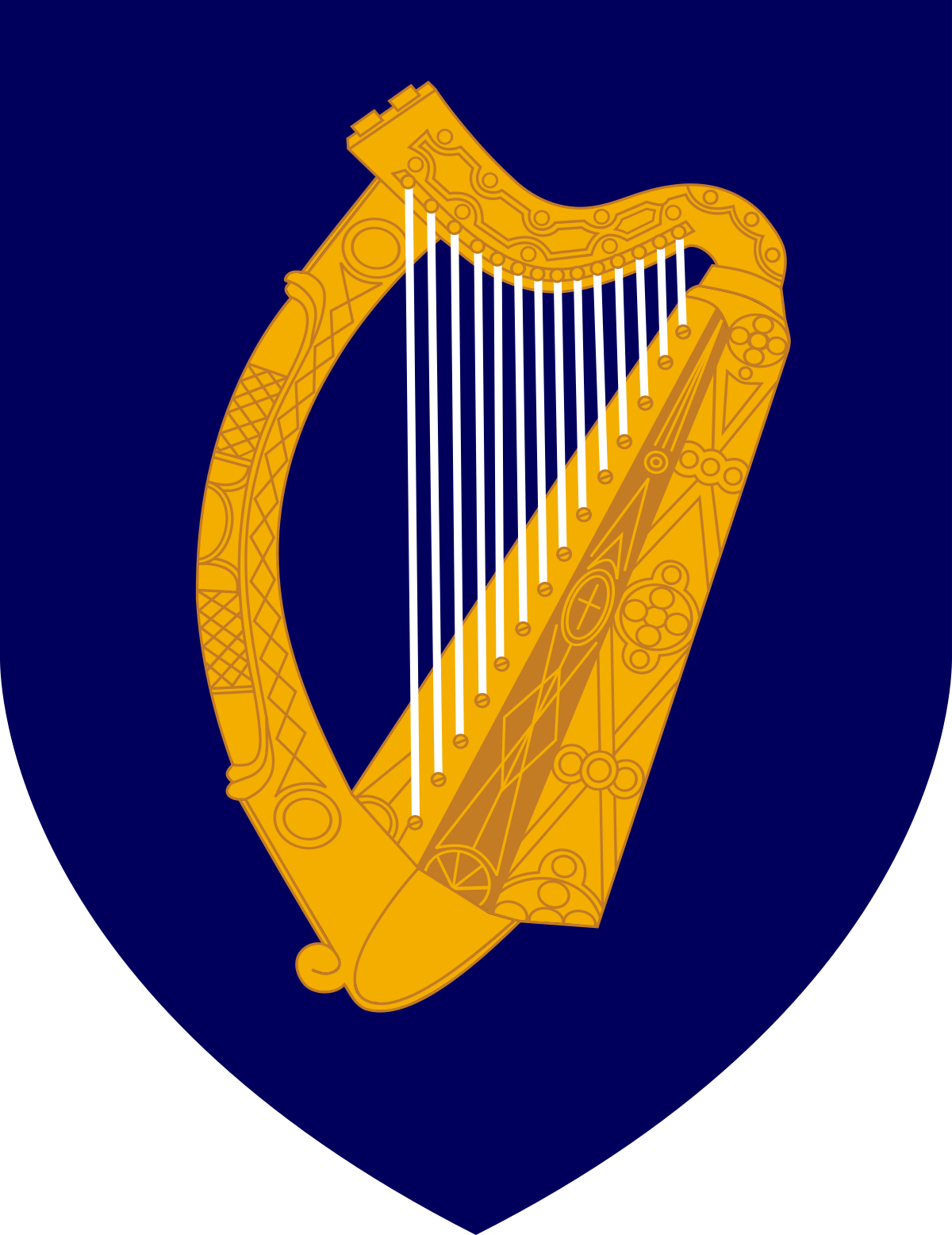 I was going to ask if it was weird to be kind of excited about having an aromantic/asexual minor character (especially since he died before the book began), but it's my blog and my writing, so I can get excited about whatever I like! (*giggle*)

The current version of Ophelia has one confirmed person of color, and that would be her first husband. (Eduardo was a model from Spain, if you've forgotten.) I didn't take him out of the rewrite to whitewash the story (if you believed that for a millisecond, you don't know me and my on-and-off weakness for Latinos), but because I didn't think Eduardo and his jealousy contributed to the plot in any positive way.

If it happened that someday Ophelia's story was permitted to become an official Marvel property, I'd find some way to cast John Boyega, because he said in a Star Wars interview that he's a huge Spider-Man fan. Why John? (*shrugs*) He seems like a nice guy and I'd love to be able to make him happy. Isn't that reason enough?

Ophelia herself is demisexual because…well, because I can't imagine someone like her making time to have sex with someone she doesn't love. My main clue, though, was that her colleague was upset about leaving his boyfriend for a year and would've taken leave to run off to Samoa to find some "cute gay soldiers" if it had been closer. Ophelia, on the other hand, was more than willing to "take care of herself" during her downtime and had no boyfriend to pine over and distract her from working. (She sounds so clinical, but don't forget that she eventually married her bodyguard and they had kids!)

I know it sounds weird for a man who was divorced and had children, but Ophelia's father was aro/ace. Edwin accepted an arranged marriage because having a spouse was an expectation of the circles he moved in. He never loved Emily and was never involved with another woman between their divorce in 1983 and his death in 2003. He also had no desire to adopt an heir, which is why he consented to intercourse a few times earlier in the marriage. (He originally ruled out IVF, but realized that he would have to use it to place the results of Project Rose in Emily's body.) Much like conceiving Ophelia, Edwin considered begetting Graham to be nothing more than a business transaction. If you think about it, the five year age difference between Ophelia and Graham signals Edwin's reluctance to pursue more intercourse.

It's difficult for me to say whether I'll have more characters on the ace spectrum down the road because they don't come out and announce their intentions. In fact, I only determined the feelings of my existing protags by exploring whether they showed signs of being asexual.

People of color is an absolute yes. If I ever finish Into the Rush, it's going to have a part where a well-meaning government official gives the Banshees some slaves as a welcoming gift and an uproar ensues. I've been through the options several times and I think I'm going with offering them room, board, and a little pay, as sending them back would put them back on the auction block, and they'd risk slave catchers if they're freed and attempt to run for the north.

Another one that I've been thinking about on off since I was a teen (and very much now) is Southern Withdrawl [sic: pun on "southern drawl"], about a girl (Molly) who goes around killing members of the KKK. People of color everywhere in that one, since you have the people she's protecting, plus her boyfriend is a second generation American whose parents are from Catalunya. My original vision was having Molly (and possibly her boyfriend) walking into court near the end; but now I think I want it to be a group effort, as I can't imagine the people she saves/protects allowing her to do it on her own. And now I have my heart set on an Octavia Spencer-like figure taking Molly home and encouraging her to tell her parents what she's been doing after she had a brush with the law.

(Which reminds me: I always love it when people who play minor characters in movies released many years ago suddenly get super famous like Octavia, Elizabeth Banks and Joe Manganiello. How crazy life is!)

I try not to push the muses, though, as they get worn out with school; so all of this is theoretical for now.

This entry was posted on 15 Jun 2020 by Daya. It was filed under Writing and was tagged with Writing.